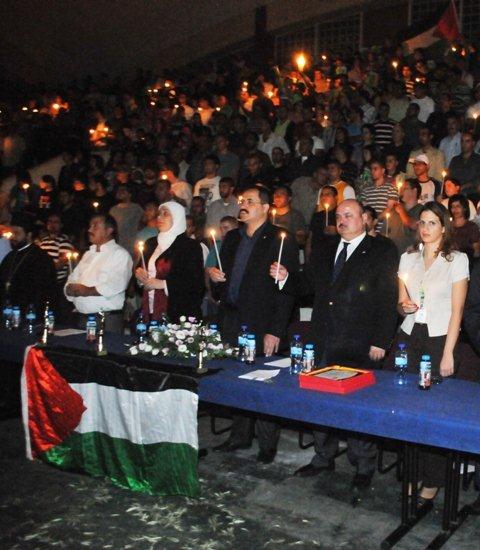 In 1976 Sareyyet organized the first Martyr’s Championship in honor of Khader Abdallah Nimer who was martyred in that same year, the championship at the time was named after him, and for three consecutive years it kept being held under the same name. In 1979 because more and more Palestinians were being martyred, Sareyyet deemed it necessary to change the name of the championship in honor, appreciation and commemoration of all martyrs, thus it was called The Martyrs’ Basketball Championship ever since.

Sareyyet Ramallah is committed to honoring the families of martyrs and prisoners every year during the tournament, as well as appreciating and recognizing star Palestinian players and paying respect to Sareyyet fans and team, together with the Palestinian basketball federation.