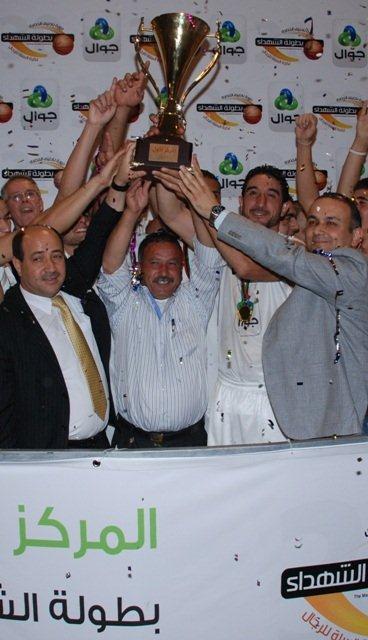 Due to its positive impact on many people, coupled with its increasing popularity in Palestine, Sareyyet Ramallah became aware of the need to include sports – basketball and football, in particular – as part of its activities. The aim was and remains to advance and improve the opportunities for children and youth to participate in sports, thus building a generation that boasts a spirit of sportsmanship, is physically fit, and possesses the skills that enable them to compete and represent Sareyyet Ramallah and Palestine.

The Sports Department, which includes a large number of competent and experienced youth, organizes and supervises a variety of year-round sports activities for all age groups and genders.

Sareyyet has proudly been at the center of Palestinian sports for years. Its basketball teams include the Men’s team which has introduced some of the best players in Palestine and has participated and won many tournaments inside and outside of Palestine. In addition, Sareyyet focuses its attention on the Youth Divisions, establishing the boys’ youth basketball teams for U18 players, U16 players, and U14 players, and for females, the U16 basketball team and First Division Female Basketball Team, which has frequently won many local tournaments.

Based on its interest in developing women’s sports, Sareyyet Ramallah also established a female football team in 2008. This team is considered one of the most important female football teams in Palestine and has participated in and won many local and international tournaments.

In addition, Sareyyet has established the Nasif Hussari Basketball Academy for children ages 6–12 to introduce them to the games and to teach them the basics of the sport.

In 1987, Sareyyet Ramallah opened the first swimming pool in Ramallah and has since provided swimming courses for children and adults of both genders as well as lifeguard training courses.